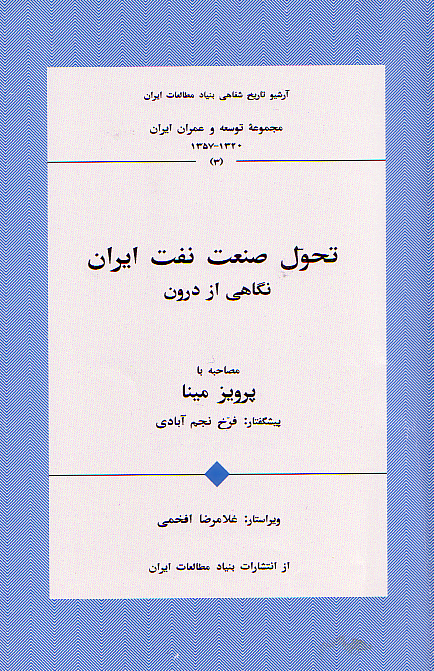 Interview with Parviz Mina with a foreword by Farrokh Najmabadi. 1998.

This volume is based on a series of interviews with Parviz Mina, an internationally renowned oil specialist and consultant, in Paris in 1996. Mina joined the Anglo-Iranian Oil Company shortly before it was nationalized. Later, he received his Ph.D. in chemical engineering from Birmingham University and rejoined NIOC in 1957. He was intimately involved in the development of NIOC's relations with OPEC, international oil companies, and other powers that controlled the oil trade on the global scene. He headed the Iranian team that negotiated the repeal of the Consortium Agreement in 1973. He was director of NIOC's international section and member of board of directors from 1974 to 1979.