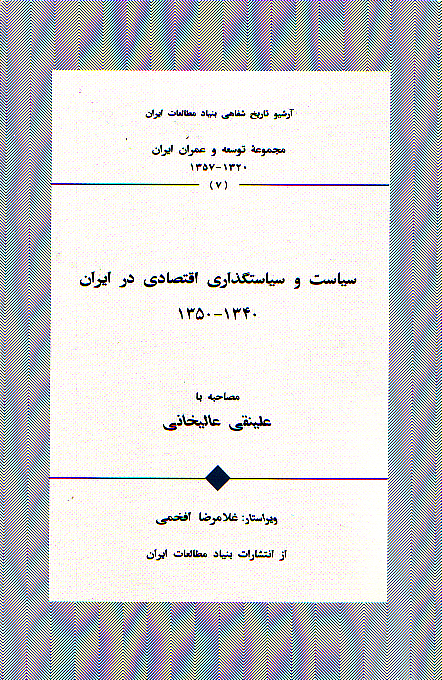 The 1960s were in many ways the golden years of Iran’s economic and social development, and for most of the decade Alikhani was at the helm of the ministry of economy responsible for Iran’s economic policy. During his stewardship of the ministry significant changes were introduced in the ideology, organization, and politics of Iran’s economy. The initiatives taken during this period, particularly in rationalizing the relationship between the government and the private sector, paved the way for the country’s extraordinary economic development in the 1960s and 1970s. This book tells the story of the individuals who took the initiatives, the political and economic choices they made, and the domestic and international challenges they faced.