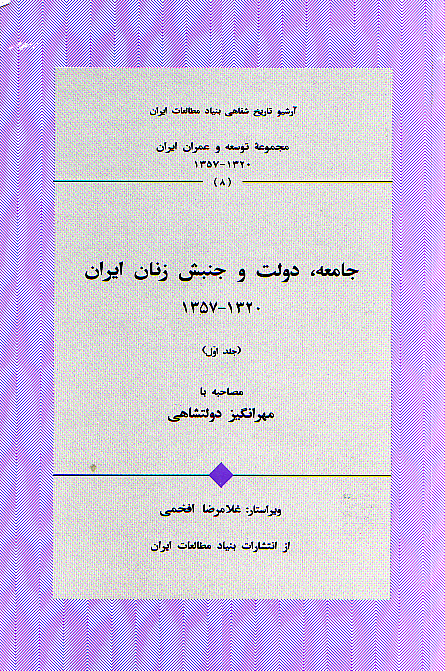 Dowlatshahi’s life and work in Iran from the 1940s to 1970s coincides with significant developments in the position of women in Iranian society. Her interview brings to light women’s political and social activities and the role they played in preparing the shah, government, and society for women’s enfranchisement and a series of measures culminating in the First Family Protection Law that significantly increased women’s individual, family, and political rights. A second volume on this subject, based on an interview with Mahnaz Afkhami, will focus on the development of Women’s Organization of Iran and the changes that occurred in the 1970s in the position of Iranian women both in Iran and in relation to the international community.