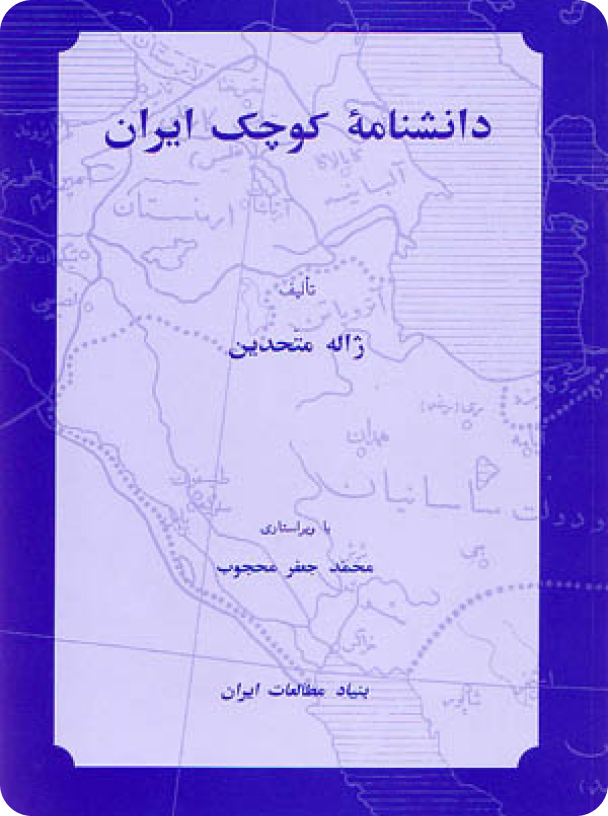 This illustrated Persian tome, which in 3 chapters covers nearly all aspects of Iran's history, geography, culture and arts, represents ten years of intensive research, writing and editing by a number of scholars in the field of Iranian studies, both in Iran and the United States. It is written in scholarly yet lucid language. The author, Jaleh Mottahedin, has limited her interpretations to a bare minimum and has thus allowed the historical facts to create a magnificent tapestry depicting the life, adventures and achievements of the Iranian people in five millennia. Since its contents are arranged in topical rather that alphabetical order, the Concise Encyclopedia of Iran can be used both as a reference work and as a multi-faceted textbook on Iran. This unique tome will provide a useful tool for a variety of readers, particularly the young generation of Iranians who are eager to know more about their national and cultural identity. The volume benefits from the late Iranian scholar Muhammad Dja`far Mahjoub’s actual editing as well as suggestions about its content, organization, and literary arrangements. Much of the credit for managing, editing and completing this encyclopedia is due Iran Nameh managing editor Hormoz Hekmat, whose devotion to seeing the volume through made its timely publication possible.